A great European Universities Tennis Championship came to an end on July 29, 2017

in Madrid, Spain - The home of EUSA General Assembly and Gala in 2018.

teams from 15 countries competed for the title of the champions in Tennis. Last day,

officials, athletes and spectators had the opportunity to enjoy an unforgettable day.

2:1. In men’s final the home team of University of Camilo Jose Cela (ESP) won after

two amazing matches to the University of Grenoble Alpes (FRA), 2:0, with the

presence of the President of the Royal Spanish Tennis Federation, Mr Miguel Diaz. 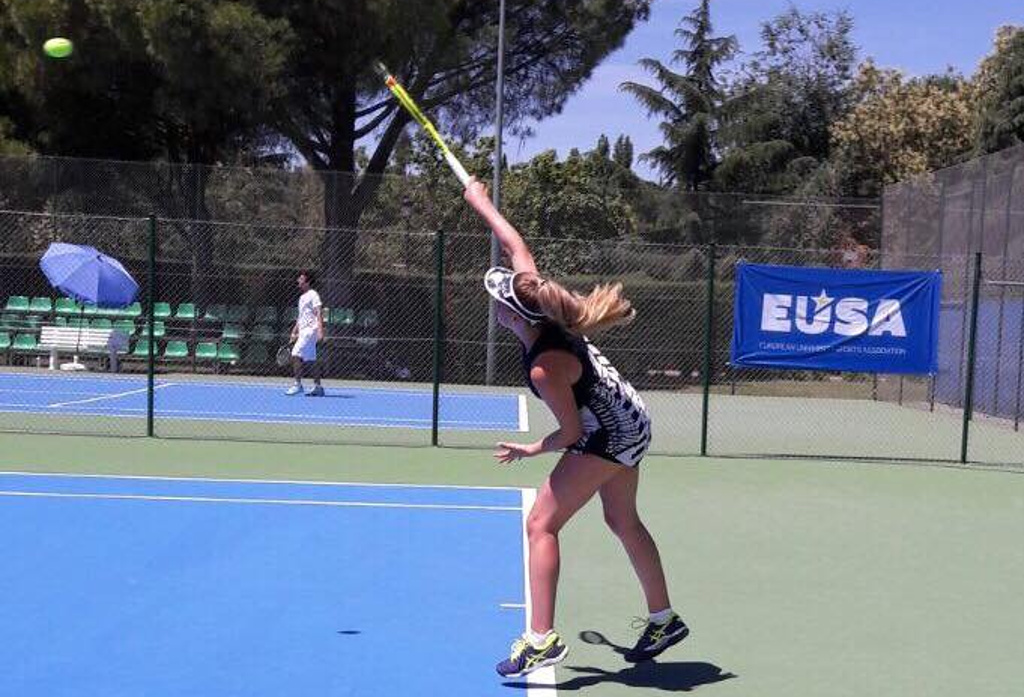 tournament the result was 2:1 for Istanbul Aydin University and in men’s tournament

the same result, but this time in favour of the University of Innsbruck (AUT). 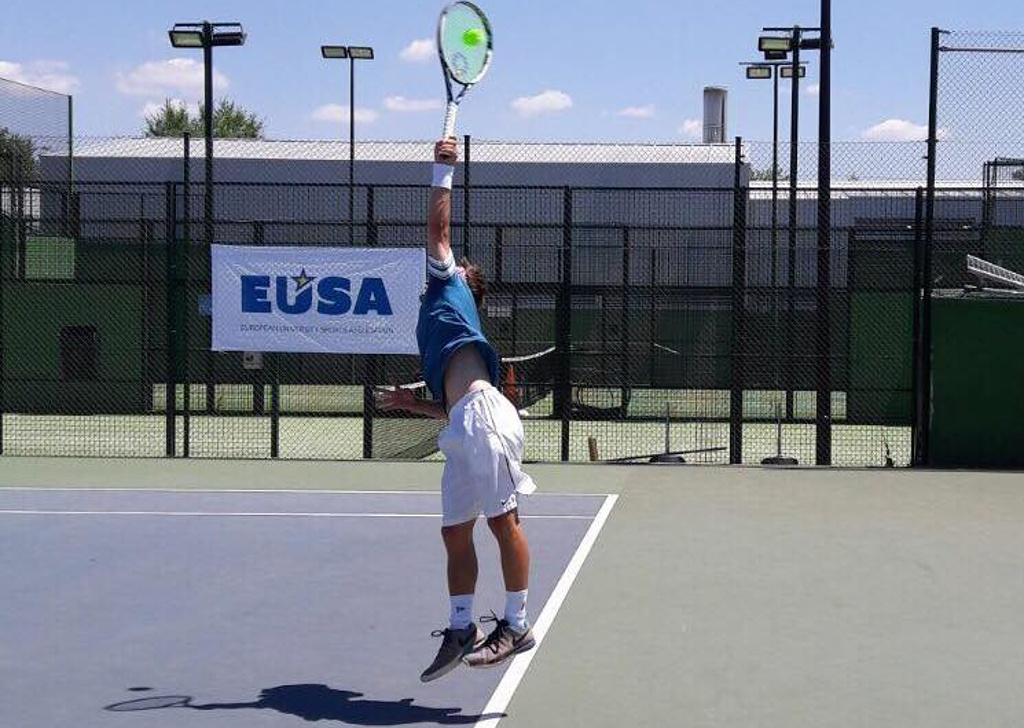 ceremony, which took place at the University Camilo Jose Cela facilities in Madrid,

Tsoufourli congratulated the athletes and awarded the medals and the competition. 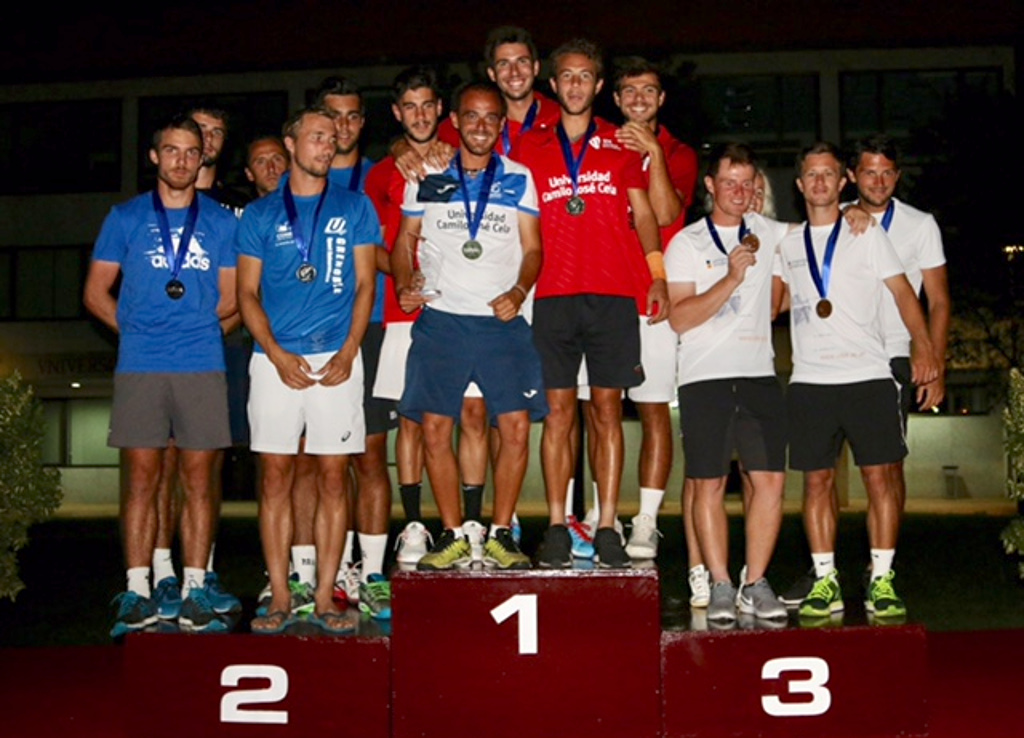 During the Closing ceremony the participants were greeted by Mr Santos, who

Organizing Committee and saying that we can celebrate all other winners, starting

from staff and volunteers, Organizing Committee members, referees and technical

delegates, and of course all the athletes and teams officials. 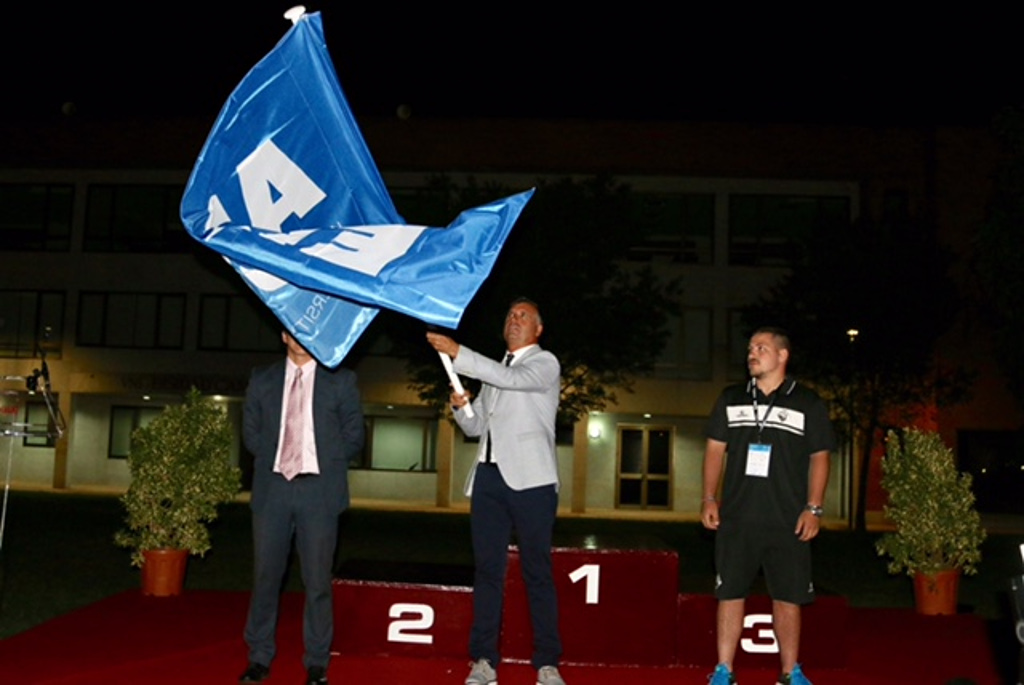 (EUSA) for the great support, participants for the fair play & sportsmanship and

congratulated the winners and volunteers.

At the end of the event, the EUSA Flag was passed on to the organizers of the

European Universities Games Coimbra 2018, as tennis will be included there as well.

Podgorica, Montenegro. After closing ceremony all participants were invited to a

barbecue feeling a great atmosphere after an amazing tournament.